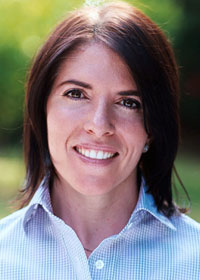 Ms. Nadia Roumani Appointed to the Board of Trustees

The Board of Trustees of The El-Hibri Foundation is pleased to announce that it has elected Nadia Roumani as a Trustee. Ms. Roumani possesses unique qualities and expertise to advance the Foundation’s mission. Her professional experience includes acting as the Principal of Roumani Consulting LLC, whose clients include the United Nations Development Program, the Carnegie Corporation, the Ford Foundation, the Brookings Institution and Oxfam America, among other organizations.

Ms. Roumani has also served as Program Officer of the Doris Duke Foundation’s Islamic Arts Building Bridges Program; as Senior Associate of the Carnegie Council on Ethics and International Affairs; as Assistant Director of the Initiative for Policy Dialogue, managed by Joseph Stiglitz, the 2001 Nobel Laureate for Economics; and as Junior Associate at the World Bank.  She has a BA from Stanford University, with a double major in economics and international relations, and an MA from Columbia University in International Affairs.

Ms. Roumani is co-founder and director of the American Muslim Civic Leadership Initiative (AMCLI), which is based at the University of Southern California’s Center for Religion and Civic Culture.  Providing formative nine-month training for emerging Muslim American leaders, and funded by grant support from numerous foundations, AMCLI’s fifth cohort graduated in April 2013. Ms. Roumani’s leadership has been recognized by a proclamation issued by Borough of Manhattan President Scott M. Stringer.  It declared June 12th as “Nadia Roumani Appreciation Day,” and stated that “Nadia Roumani has worked to strengthen Muslim communities in the United States by providing networks, resources and support to Muslim leaders and encouraging civic engagement with their communities.

Nadia Roumani’s work reflects her dedication to bridging communications and ties between communities and to her reputation as a proud citizen.” Ms. Roumani has served as a delegate to the White House Next Generation Leadership Forum (2010); as a delegate to the Presidential Summit on Entrepreneurship (2010); and as a Task Force Member of the U.S. Homeland Security Advisory Council (2010).

The El-Hibri Foundation is proud to have Ms. Roumani join the organization as a Trustee.