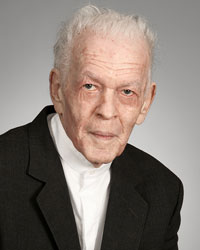 Gene Sharp, a highly influential scholar and teacher best known for his work on nonviolent activism, is the founder the Albert Einstein Institution.  He is Professor Emeritus at the University of Massachusetts, Dartmouth and has held research appointments at Harvard University’s Center for International Affairs for more than 30 years.

Among Dr. Sharp’s 14 books, The Politics of Nonviolent Action, published in 1973, is recognized as the definitive study of strategic nonviolent action.  His best-known publication, From Dictatorship to Democracy: A Conceptual Framework for Liberation, has been published in 34 languages since it first appeared in 1993.  These and other writings have influenced non-violence resistance movements around the world.

Dr. Sharp has been nominated three times for the Nobel Peace Prize and has received the Right to Life Award and the Distinguished Lifetime Democracy Award.  He has a Doctor of Philosophy degree from Oxford University.