Congratulations to our 2017 Peace Award Recipients!

We are delighted to announce this year's award recipients. These individuals have demonstrated outstanding leadership in advancing inclusion, building capacity, and organizing communities for positive social change. Please join us in congratulating them! 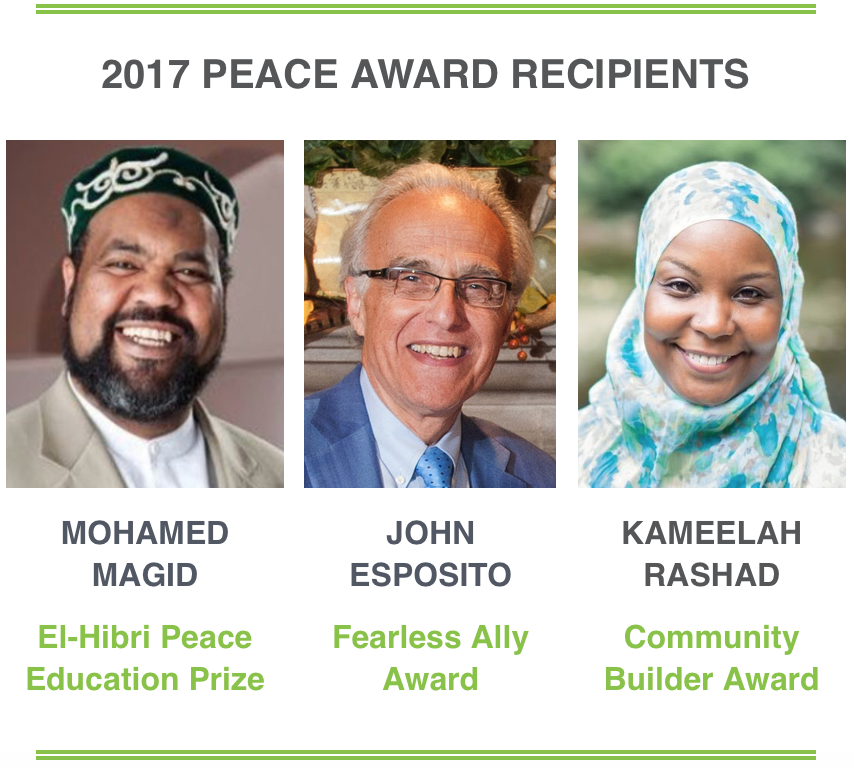 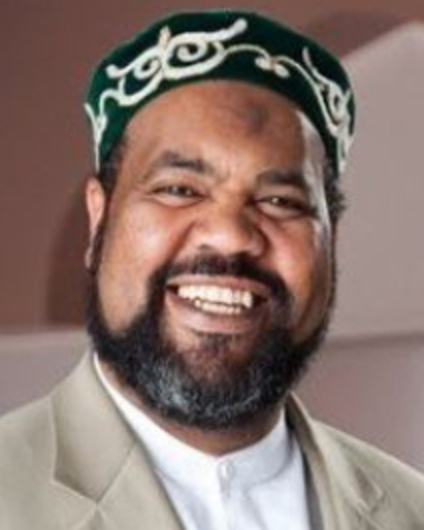 Mohamed Magid has been named the 2017 El-Hibri Peace Education Prize Laureate for his decades of work as a tireless and vocal champion of inclusion, social justice, and interfaith collaboration. He founded and serves as Chairman of the International Interfaith Peace Corps (IIPC), which promotes collaborative interfaith cooperation as well as partnerships between faith leaders and leaders in health, peace building, and socioeconomic development, among other sectors. Working with the Bill and Melinda Gates Foundation throughout Africa, IIPC helped to discourage religious fears over inoculations, helping to save thousands of lives from preventable diseases.

As a scholar in Islamic jurisprudence, Imam Magid worked closely with other religious leaders on the protection of the rights of minority communities, and was a significant contributor to the Marrakesh Declaration, a seminal Islamic legal document enshrining the rights of religious minorities in Muslim majority countries, which was signed by 250 Muslim scholars and heads of state in 2016. In recent years, he formed a partnership with Pastor Bob Roberts to build understanding and bridge differences across the US between Evangelicals and Muslims. Imam Magid served two terms as the nationally elected President of the Islamic Society of North America (ISNA), the largest Muslim umbrella organization in the country. During his tenure, between 2010 and 2014, he worked closely with religious leaders on national issues, helping to establish Shoulder-to-Shoulder, a coalition of interfaith and faith-based organizations dedicated to ending anti-Muslim sentiment in the US.

Imam Magid is Executive Imam of the All Dulles Area Muslim Society (ADAMS) Center in Northern Virginia. Under his leadership, it has grown to become one of the largest Muslim congregations in the country, serving over 5,000 families in 10 locations. In particular, he is highly regarded as an ardent ally for women’s rights, providing training for emerging female religious leaders and mobilizing senior scholars to end violence against women.

Imam Magid has been profiled in Time Magazine, The Washington Post, the New York Times, the Wall Street Journal, and the Huffington Post, which named him “America’s Imam.” He is the co-author of three books and has written several other publications. Imam Magid has received numerous awards, most recently the 2016 Faith-In-Action Award by the International Center for Religion and Diplomacy, and in 2009 was named Washingtonian of the Year. 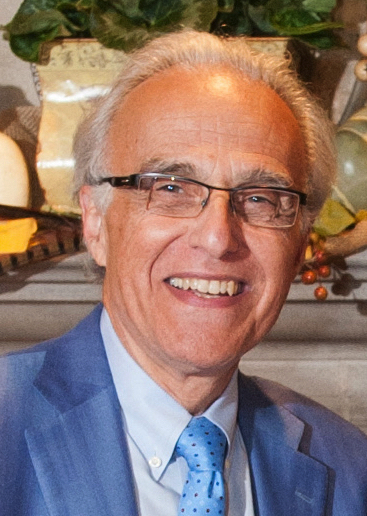 John Esposito has been named the 2017 Fearless Ally Award Recipient for his close collaboration with national Muslim leaders to advance inclusion and understanding of American Muslims for over four decades. He is the Founding Director of the Alwaleed Center for Muslim-Christian Understanding at Georgetown University's Walsh School of Foreign Service, established in 1993 to enhance understandings of Muslims in the West in order to build stronger bridges of understanding between Islam and Christianity.

Dr. Esposito also serves as the Director of The Bridge Initiative, a multi-year research project aiming to connect the academic study of Islamophobia with the public square. The Bridge Initiative brings together celebrated faculty, subject-matter experts, and seasoned researchers to examine attitudes and behaviors towards Muslims; dissect public discourses on Islam; and raise public awareness of Islamophobia.

Dr. Esposito formerly served as president of the American Academy of Religion, the Middle East Studies Association of North America, and the American Council for the Study of Islamic Societies. He has received honorary doctorates from St. Michael’s College, University of Toronto, University of Sarajevo, University of Florida, and Immaculata University. He has also received Georgetown University’s School of Foreign Service Outstanding Teacher Award and Georgetown’s Career Research Achievement Award. Dr. Esposito has written more than 45 books, including The Future of Islam, Islamophobia and the Challenge of Pluralism in the 21st Century, and Who Speaks for Islam? What a Billion Muslims Really Think. 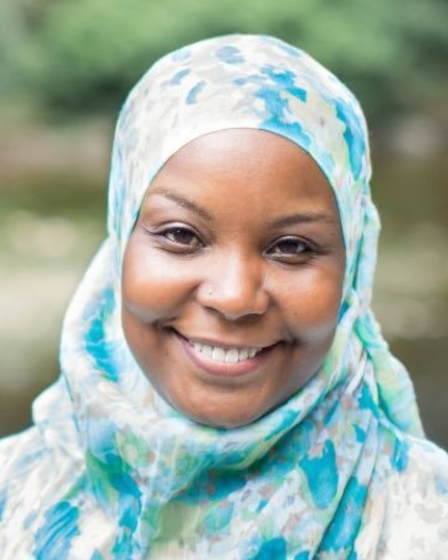 Kameelah Rashad has been named the 2017 Community Builder Award Recipient for her innovative work to build the capacity of American Muslim communities to improve mental health and wellness and promote more inclusive norms. She is the President of the Muslim Wellness Foundation (MWF), a nonprofit organization she founded in 2011 dedicated to reducing stigma associated with mental illness, addiction, and trauma in the American Muslim community through dialogue, education, and training. Most notably, Ms. Rashad partnered with the internationally recognized Mental Health First Aid training program to adapt it for use with Muslim community leaders and has since conducted numerous trainings.

In 2015, Ms. Rashad founded the Black Muslim Psychology Conference, the first annual convening of its kind dedicated to facilitating community healing and addressing issues related to racial violence, trauma, and emotional wellbeing. She previously served as the University of Pennsylvania’s Muslim Chaplain and currently serves as its Fellow for Spirituality, Wellness, and Social Justice. In this capacity, she facilitates discussions on religious identity development and challenges faced by American Muslim youth.

Ms. Rashad serves as an Advisory Council Member for Muslim Advocates, a national legal advocacy and educational organization that works on the front lines of civil rights to guarantee freedom and justice for Americans of all faiths. She is also an Advisory Board Member of the Muslim Anti-Racism Collaborative, an organization dedicated to fostering a deep appreciation of diversity and exchange of meaningful dialogue in Muslim communities. She is a 2014 Ariane de Rothschild Fellow.