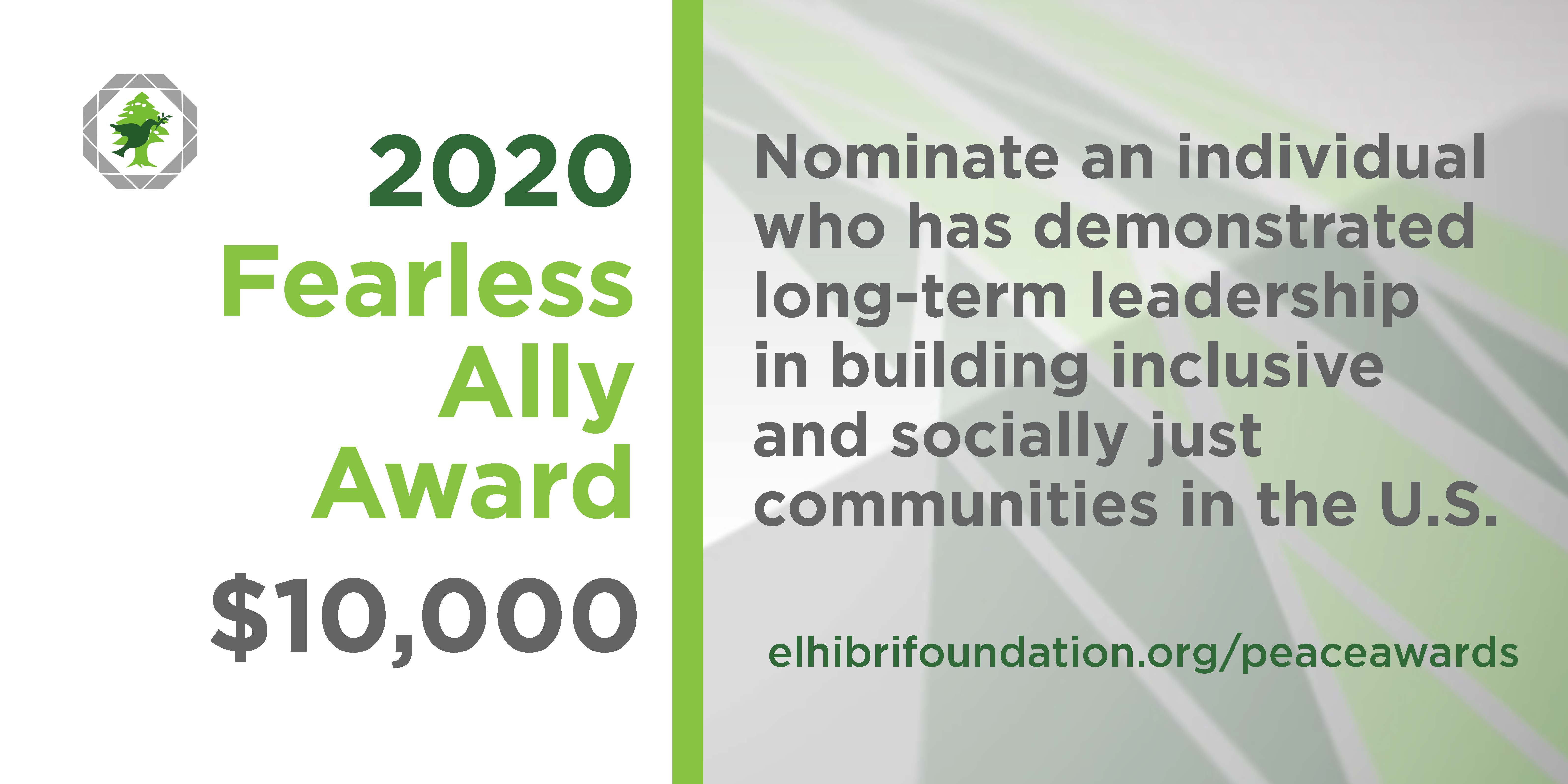 "I am cognizant of the interrelatedness of all communities…. Injustice anywhere is a threat to justice everywhere.”

In 2016, the El-Hibri Foundation announced its first-ever Fearless Ally Award. This award intends to recognize allies to American Muslim communities who have:

Selection Process
The Fearless Ally Award is awarded based on a ranking of criteria from nominations received through the online form during the open application period. Members of the Fearless Ally Award Selection Committee include experts in American Muslim community organizing and community building. The selection process may include interviews with references familiar with the nominee’s unique contributions to building partnerships and collaborative communities.

Individuals may nominate themselves or others for this award.