Congratulations to our 2018 Peace Award Recipients!

We are delighted to announce this year's award recipients. These individuals have demonstrated outstanding leadership in advancing inclusion, building capacity, and organizing communities for positive social change. Please join us in congratulating them! Read more about each of them below. 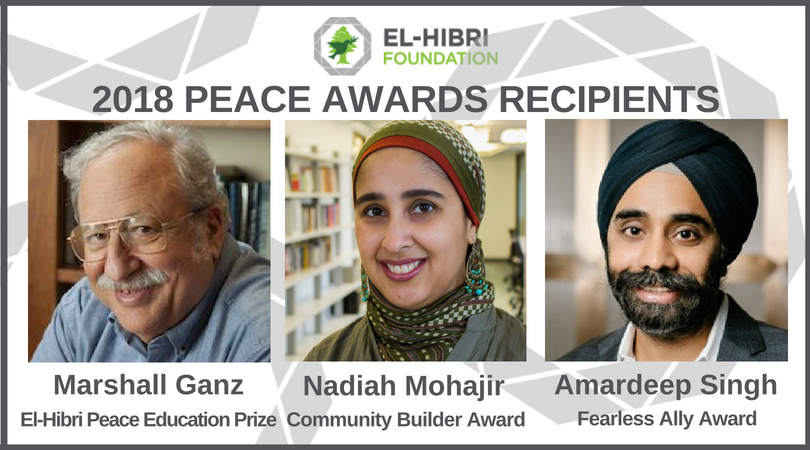 We also congratulate the following 2018 recipients of our Scholarships for Advancing Inclusion: 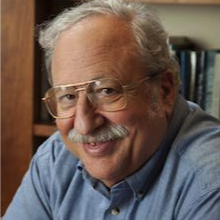 Dr. Marshall Ganz is an educator, organizer, and movement builder with decades of experience in organizing communities to mobilize and build power to create positive social change. He currently serves as a senior lecturer in public policy at the Harvard Kennedy School of Government, where he teaches, researches, and writes on leadership, organization, and strategy in social movements, civic associations, and politics. Through a single online course at Harvard University on “Leadership, Organizing, and Action: Leading Change,” he has trained over 800 leaders of civic associations, advocacy groups and social movements from 52 countries to organize communities that can mobilize power to make change across the world. Over the past several years, Dr. Ganz has partnered with American Muslim nonprofit organizations to build capacity of and train over 200 American Muslim leaders in community organizing and in the art of public narrative.

As a child, one of his formative experiences was the three years he spent in occupied Germany after World War II, while his father served as a US Army chaplain working with survivors of the Holocaust. His parents taught him about the dangers of racism and anti-Semitism. As a young adult, Dr. Ganz organized with the Student Nonviolent Coordinating Committee during the height of the Civil Rights Movement, often at great personal risk, and worked with Cesar Chavez to improve conditions for California farm workers. For thirty years, he trained grassroots groups in new organizing strategies for local, state, and national electoral campaigns. In 2009, Dr. Ganz initiated The Leading Change Network, an initiative focused on empowering community leaders from diverse backgrounds to create social change. A lifelong learner and researcher, he has conducted extensive research on topics such as the effectiveness of leadership development pedagogies in developing individual and collective skills of relationship building, motivation, strategic deliberation, and implementation. His writing has been published in prominent publications such as the American Journal of Sociology, American Political Science Review, The Washington Post, and the Los Angeles Times. 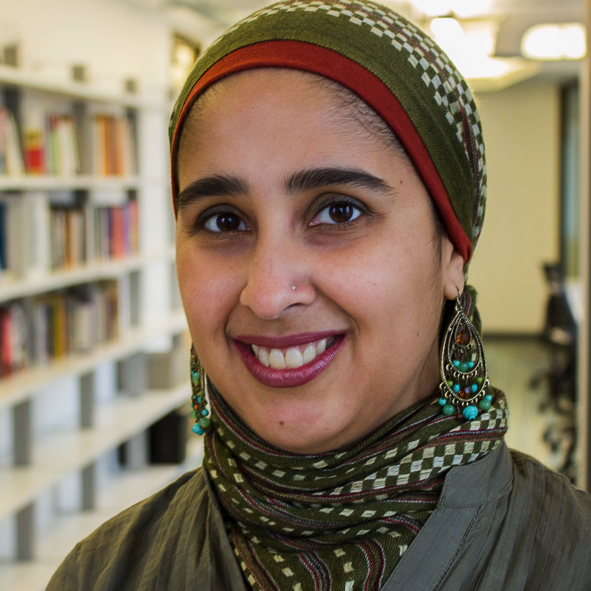 Ms. Nadiah Mohajir is the co-founder and Executive Director for HEART Women & Girls, an organization that promotes women’s health and wellness in Muslim communities through education, advocacy, research, and training. Under Ms. Mohajir’s leadership for the last eight years, HEART’s presence has grown from a startup non-profit to a leading organization that builds capacity within American Muslim communities around sexual health. HEART has provided health education programming to over 10,000 Muslim women and girls across the country, breaking many cultural barriers and raising awareness about important issues such as sexual and reproductive health and sexual violence. Survivors of violence are often pushed to the fringes of their communities, silenced by stigma and taboos, stifling their ability to receive support. Ms. Mohajir has worked tirelessly to promote their needs both within Muslim communities and ally organizations, and to advance the inclusion of survivors by creating non-shaming places of worship and community spaces. In addition to her efforts through HEART, Ms. Mohajir has worked with the U.S. Department of Health and Human Services on a variety of projects, including improving pregnancy outcomes of low-income women, running sex education programming for vulnerable youth, and evaluating innovative cross-sector partnerships in public health. Ms. Mohajir currently serves on the board of directors for the National Women’s Health Network. She is a 2018 Impact Award recipient of the Chicago Foundation for Women and has participated in a number of fellowships, including the American Muslim Civic Leadership Institute. 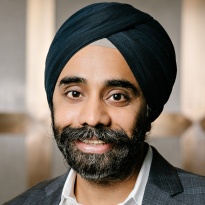 Mr. Amardeep Singh is a tireless advocate for inclusion and has led national efforts to combat discrimination against Muslims in the United States. After 9/11, he co-founded the Sikh Coalition, the largest Sikh civil rights organization in the United States. At a time when it may have been more advantageous to distance themselves from the American Muslim community, Mr. Singh and his colleagues at the Sikh Coalition instead took a strong stance to work in solidarity and partnership with American Muslim communities and others who were targeted by anti-Muslim bigotry. For 11 years, Mr. Singh oversaw the Sikh Coalition’s efforts to advance social justice through litigation, community organizing, and strategic communications. In that role, he testified before Congress on religious profiling and the Equal Employment Opportunity Commission on post-9/11 employment discrimination. Previously, as a researcher at Human Rights Watch, he produced a 2002 report, We are Not the Enemy: Hate Crimes Against Muslims, Arabs, and Those Perceived to be Arab. Mr. Singh currently serves as the Program Officer for the National Security and Human Rights Campaign at Open Society Foundations, which supports organizations working to promote national security policies that respect human rights, civil liberties, and the rule of law. As one of the key funders supporting American Muslims and other targeted communities, he has become a critical voice to the growth and strength of institutions at the forefront of the community’s struggle. He has received a number of awards for his public interest work and was recognized as a “Top Lawyer Under 40” by the National Asian Pacific American Bar Association.