Congratulations to our 2019 Peace Award Recipients!

We are delighted to announce this year's award recipients. These individuals have demonstrated outstanding leadership in advancing inclusion, building capacity, and organizing communities for positive social change. Please join us in congratulating them! Read more about each of them below. 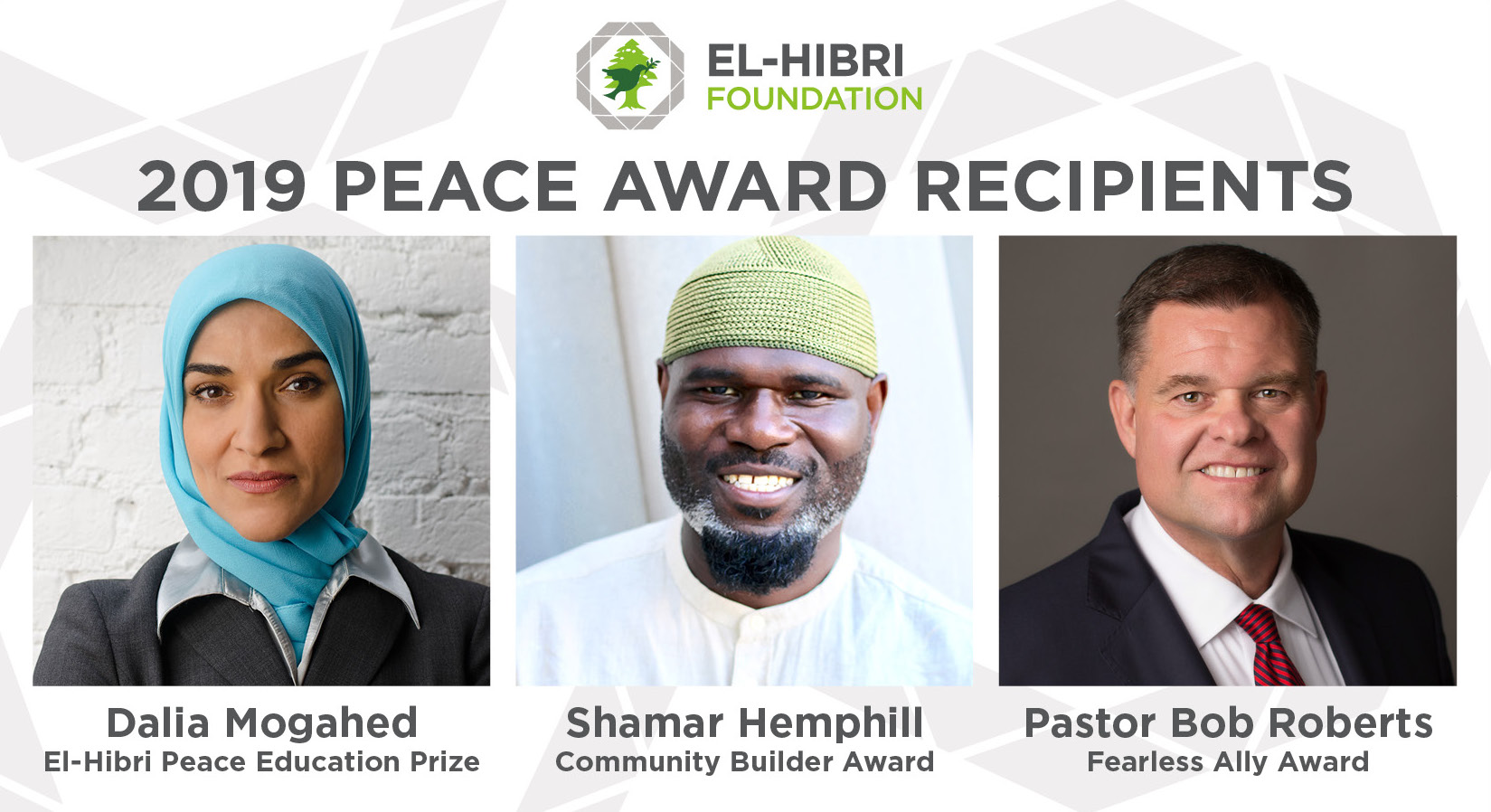 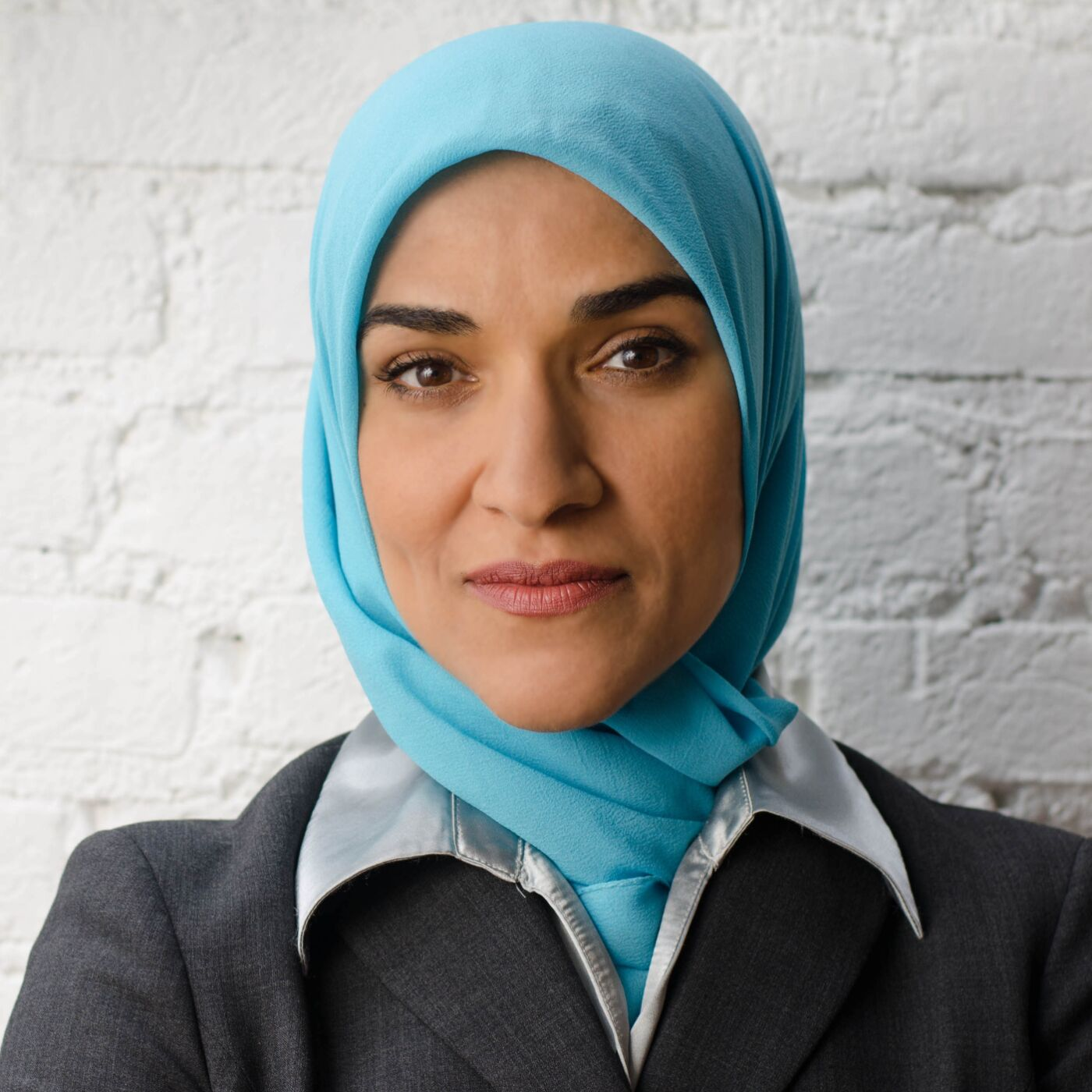 Ms. Dalia Mogahed is the Director of Research at the Institute for Social Policy and Understanding (ISPU) a non-partisan institution that conducts objective, solution-seeking research that empowers American Muslims to develop their communities and fully contribute to democracy and pluralism in the United States. Since 2002, ISPU has been at the forefront of discovering trends and opportunities that impact American Muslim communities. Its research aims to educate the general public and enable community change agents, the media, and policymakers to make evidence-based decisions. In addition to building in-house capacity, ISPU has assembled leading experts across multiple disciplines, building a solid reputation as a trusted source for information for and about American Muslims.

Through ISPU, Ms. Mogahed has directed the development of toolkits geared towards fostering inclusion and strengthening American Muslim communities. For example, ISPU created a toolkit for imams to more effectively lead their communities and increase communication with the broader public. A toolkit for educators was also developed with the aim of promoting the inclusion of American Muslim students and preventing bullying across the country.

Prior to her role at ISPU, Ms. Mogahed served as the former Executive Director of the Gallup Center for Muslim Studies, a non-partisan research center providing data and analysis to reflect the views of Muslims all over the world. At Gallup she joined American leaders from across the political and faith spectrums to draft a consensus document on how the US could better engage Muslim majority countries. In 2008, she co-authored the book Who Speaks for Islam? What a Billion Muslims Really Think with Georgetown Professor John L. Esposito. Based on six years of research and 50,000 interviews, Who Speaks for Islam? is deemed as the most comprehensive study of the Muslim population of its kind and has been translated into more than 20 languages.

Regarded as a subject-matter expert on the lives and experiences of American Muslims, Ms. Mogahed has utilized her decades of research and cross-cultural consultation to shape and impact U.S. government practice and policy around Muslim communities. President Barack Obama appointed Ms. Mogahed to the President’s Advisory Council on Faith-Based and Neighborhood Partnerships in 2009. She collaborated with former Secretary of State Madeleine Albright and Diplomat Dennis Ross on the U.S. Muslim Engagement Project to provide policy recommendations to the Obama Administration. She was invited to testify before the U.S. Senate Committee on Foreign Relations about U.S. engagement with Muslim communities and was a valued member of the Homeland Security Advisory Council’s Countering Violent Extremism Working Group.

Due to her contributions to the field of Muslim research and policy, Ms. Mogahed has consistently been identified as a top thought leader and community contributor. Ms. Mogahed has been repeatedly named as one of the most influential Arab women by Arabian Business magazine, and one of the 500 Most Influential Muslims by The Royal Islamic Strategic Studies Center. Most recently, Ms. Mogahed was recognized as being one of 200 people who most embody the spirit and work of Frederick Douglass by the Frederick Douglass Family Initiatives and the Antiracist Research and Policy Center at American University. Her 2016 TED talk entitled “What it’s like to be Muslim in America” was named one of the top TED talks that year. 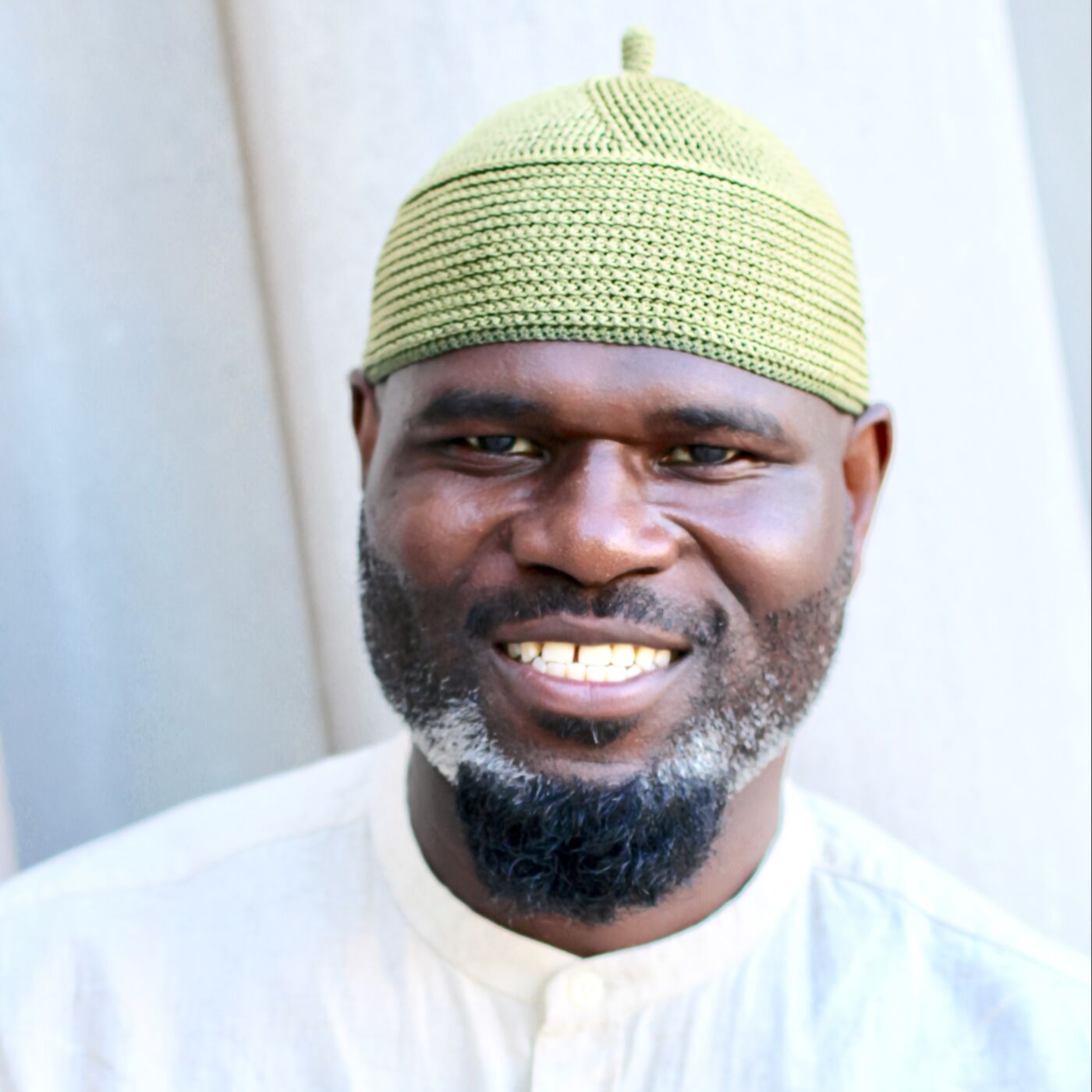 Mr. Hemphill has vast civic engagement, community organizing and youth development experience. He is a native of the south side of Chicago, where he focuses his work at IMAN. In 2005, Mr. Hemphill took a position as a youth coordinator, working with both Arab and African American Muslim youth.  In 2007, Shamar was recruited to participate in Public Allies, a leadership development program started by Michelle Obama. After graduating from Public Allies in 2008, Shamar began working for IMAN as coordinator for the organization’s youth department.

As attested to by his colleagues, Mr. Hemphill has been instrumental in building up the capacity of IMAN and the communities it supports. He has mentored over a hundred disadvantaged youth, many of whom have returned to serve their communities as accomplished professionals. His work emphasizes the importance of community engagement and relationship building. As an example, Mr. Hemphill pioneered IMAN’s Corner Store Campaign, which built leadership teams that engaged with liquor stores in disadvantaged neighborhoods. Through partnering with store owners and community members, the campaign was able to reduce or eliminate unfair business practices, neighborhood violence, and the lack of healthy food choices that harmed communities. He has sought to connect disconnected communities in order to advance social justice efforts that strive for the improvement of all. Additionally, Mr. Hemphill has built alliances at the city and state level on issues that disproportionally impact economically-disadvantaged communities of color, such as criminal justice reform and issues impacting immigrant communities. 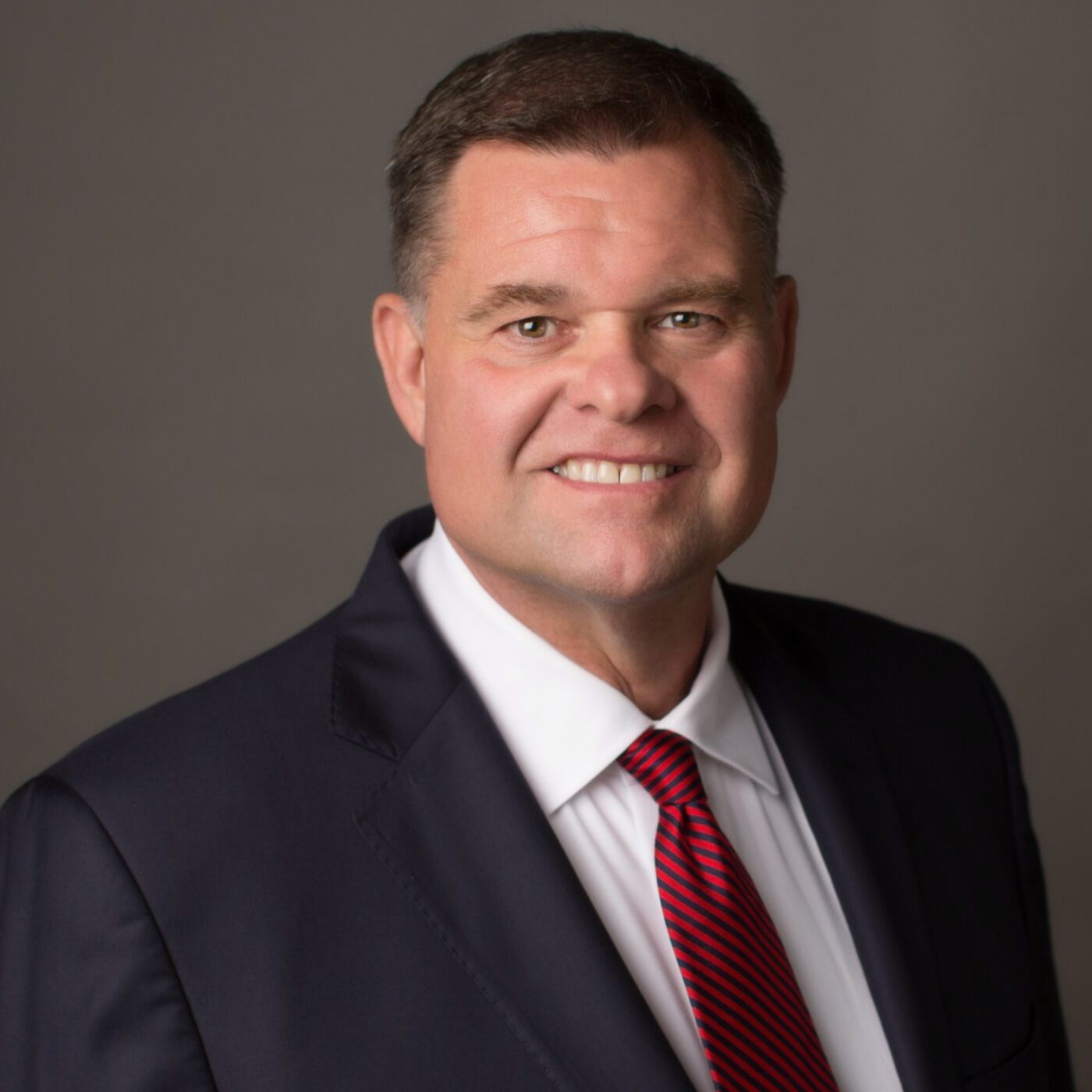 Pastor Bob Roberts co-founded the Multi-Faith Neighbors Network (MFNN), along with Imam Mohamed Magid and Rabbi David Saperstein, as a program to convene pastors, imams and rabbis from cities across the United States. The aim of the program is to foster genuine, collaborative, and long-term relationships between religious leaders and their respective faith communities in each city. Currently, over 180 congregations representing nearly 500,000 members have participated in MFNN.Pastor Roberts is the founder of Glocal Ventures, an NGO which provides humanitarian aid in Vietnam,and is the founding pastor of the NorthWood Church in Dallas/Fort Worth, Texas. He is a leading practitioner on glocal (global and local) transformation of individuals, communities, and nations. He is a graduate of Baylor University, Southwestern Baptist Theological Seminary, and Fuller Seminary.

Pastor Roberts began his relationship with Muslims when he led a team from NorthWood Church to Afghanistan for humanitarian work. He was greeted by Muslim leaders who were willing to work together and sought help to provide their communities schools and other resources. Overcoming his own fears of Muslims, he has developed a great respect for those who hold strong beliefs in differing faiths.

Pastor Roberts has invited Muslims to speak to his congregation in Texas in hopes of cultivating understanding and relationships. He works tirelessly to bridge the divides between faith communities, especially Muslims and Evangelical Christians, even in the face of opposition from within his own faith community. This has not deterred him as he believes his faith calls on him to develop meaningful relationships with Muslims and members of other faith groups.

Pastor Roberts has been tapped by the United Nations and various state departments around the world to assist with humanitarian and reconciliation projects. Reminiscent of the Charter of Medina, Pastor Roberts joined more than 250 global Muslim leaders in Morocco to sign the Marrakesh Declaration in 2016, a document calling for religious freedom for non-Muslims in majority-Muslim countries.