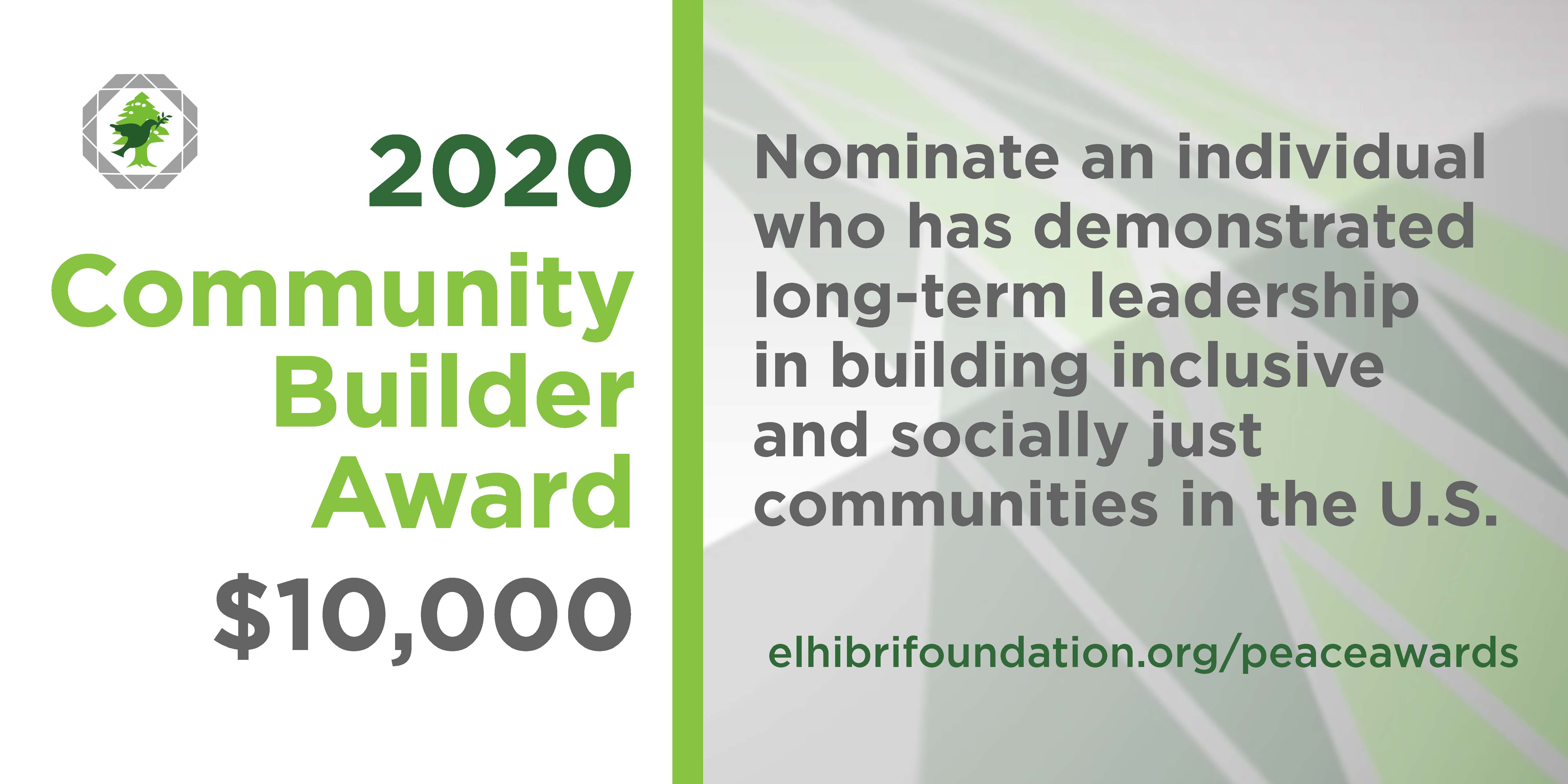 “Leadership is the practice of accepting responsibility to enable others to achieve shared purpose under conditions of uncertainty.”

The Community Builder Award intends to celebrate and elevate the efforts of those working to transform their communities and improve society. It is designated for early to mid-career American Muslim leaders (typically between the ages of 24 and 40) committed to creating inclusive communities and building capacity for others to create social change.

Eligibility
Nominations will be considered for an early to mid-career US-based American Muslim leader that has demonstrated significant achievements in building inclusive communities and empowering others to act.

Only nominations received before Monday, March 23, 2020 through the online nomination form will be eligible. Individuals may nominate themselves or others for this award.

Selection Process
The Community Builder Award is awarded based on a ranking of criteria from nominations received through the online form during the open application period. Members of the Community Builder Award Selection Committee include experts in American Muslim community organizing and community building. The selection process may include interviews with references familiar with the nominee’s unique contributions to building and sustaining inclusive communities.